Since my last blog post, Entyvio #6 — The Last, my focus has been on my hands, as well as my Crohn’s disease plan.

After Entyvio #6, I still haven’t heard from the Veteran’s Choice Program about my stomach MRI. I tried to call my GI nurse about it, we sometimes end up playing phone tag a lot, I had to leave her a voicemail. She called back and I missed her call but she told me that it should be getting scheduled anytime, that I could call the VCP and try to speed up the process.

I called the VCP, with a snarky on the phone I was told that they had received no order for an MRI for me. I told her what the VA told me and that’s all I could do. I attempted to call back my GI nurse, phone tag once again, so I left a message telling her the dilemma and that I’d attempt to try calling the VCP again on Friday.

The following week, after the infusion, I met with my primary care team. This appointment was just supposed to be a follow-up for all the other issues I’ve been dealing with, but it was the perfect opportunity to bring up my rib pain.

One spot on one rib on my left side has been swelling and causing some pain for a while now, with no reason as to why. I had my primary care physician feel both sides, and she agreed that my left side was definitely inflamed. How Odd. The right side felt normal but the left had some swelling that day, luckily, so she could see for herself.

Just like I figured, she ordered up some X-rays to see if they could view the rib and see why it was causing me pain.

An added bonus, I ended up getting my flu shot that day. My GI doctor had wanted me to get it in November, but it kept getting forgotten and put on the back burner when I would visit doctors, so luckily I remembered during this appointment and so I went ahead and got it before the flu season gets worse.

The very next day I had to work, but I ended up having to leave work early due to a massive migraine. I have not had a migraine this bad in a long time, thankfully the Nortriptyline has been curving some of those symptoms, but this one hit me hard and it hit me immediately.

I took my Imitrex at work at 10:30, but by 11:30 I had to head home before I wouldn’t be able to see for the drive home. I almost had to stop and pull over on the side of the road because my vision was getting so bad.

I went to Kroger and got some Gatorade, took some migraine meds and lied on the couch with my eye mask. My body was exhausted from the migraine, I couldn’t and didn’t even eat that day. It took me a while to get rid of the migraine, I toss and turn restlessly when this happens.

I ended up sleeping for 12+ hours.

By morning, my migraine was gone. This was amazing because usually, they can last me a few days, upwards of 3 sometimes.

The rest of the work week went smoothly and I was prepared for a weekend of music. With Brother Smith, Grayson Jenkins, and Kris Bentley’s Star City Circus, my heart was full this weekend. Look em up and have a listen, they’re worth it!

Then came the work week but I had surgery planned. The Ganglionectomy.

Almost two years ago to the very day, I fell on my hands and ended up tearing a ligament in my left. This tear went unnoticed and we didn’t even know it happened until my wrist started to cause some pain with movement. (First photo is the bruised aftermath after the fall) 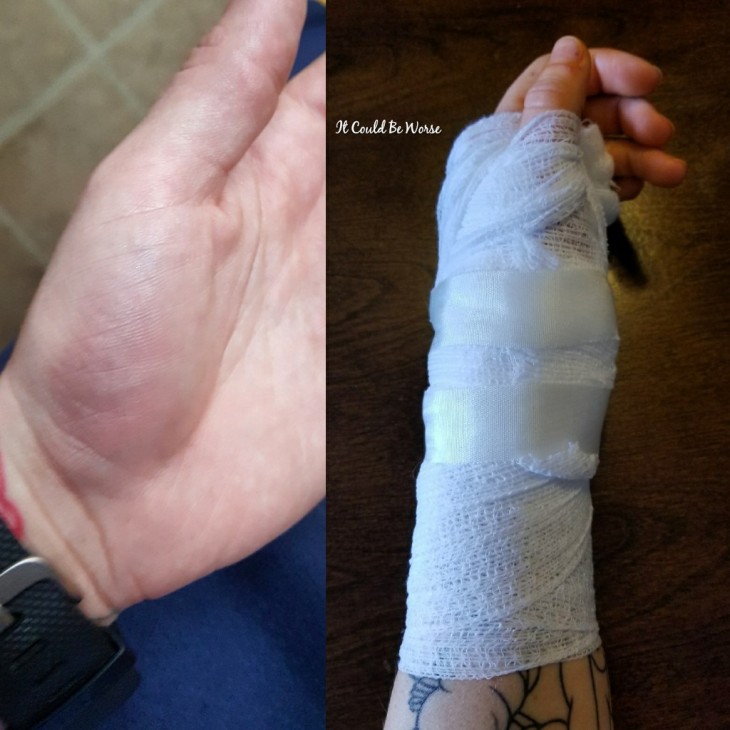 Then, as if it showed up overnight, I had a ganglion cyst appear and never went away.

With an injury, sometimes a collection of synovial fluid can accumulate, and just my luck it would happen to me.

We tried braces for the pain, physical therapy, steroid shots and paraffin treatments, the works. We then aspirated the cyst for it to come back in less than a week, this time double in size. We had only pissed it off and we knew it needed to come out. (See Entyvio #5)

Lumpy as I called him, was getting cut out! There’s always the chance of Lumpy returning but I’m hoping for better days, less pain and more range of movement for this hand that ails me.

Tuesday morning, bright and early, I had to get up and prep for surgery.

I was given Chlorhexidine sponges to bathe and scrub my arms with, spending as much time on my left wrist as possible to prevent bacteria before the procedure.

No makeup, no metal, no water, and I made sure to wear comfy clothing that I could get on with one hand while half-sedated.

I was given a lovely hospital gown and a bed, and there I waited until after 8. My surgeon was running behind, I think because everyone was waiting for him.

The nurses hooked me up to an IV but it took multiple sticks. The first nurse hit a valve, not even the saline flush would go in. I tried to tell her she wasn’t in because I couldn’t taste it (I always taste the saline) but she taped me up anyway.

The second nurse saw that my saline wasn’t budging, she attempted the saline flush again, still a no go. So, IV number two was started.

The nurse removed the first IV, forgot to clamp the saline, it went spraying all over me and the bed. Now, instead of one patch of an allergic reaction to tape, I have two. 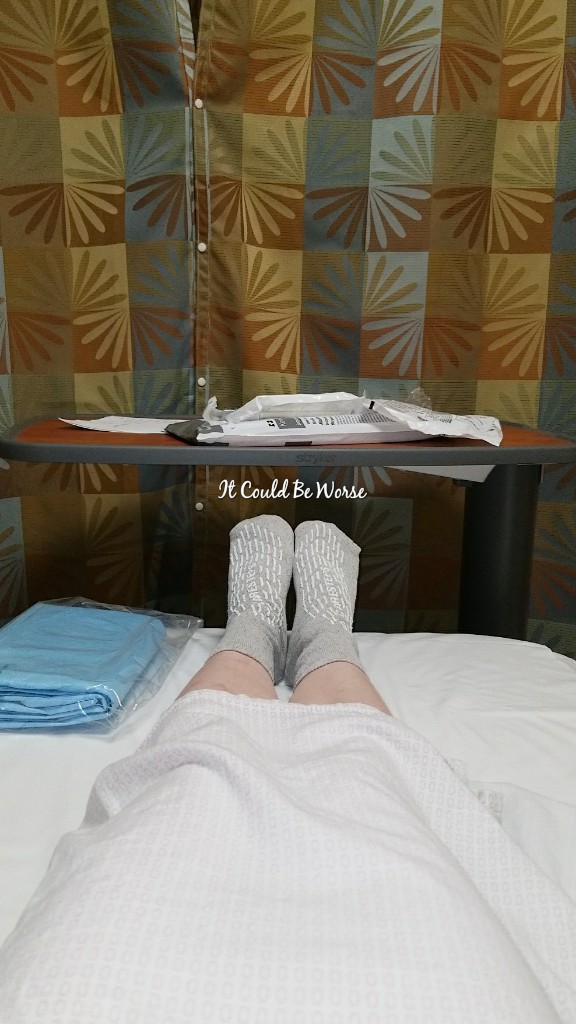 I kept trying to nap in between nurses and doctors coming in to talk to me. The anesthesiologist came in and gave me what he called ‘a little happy juice’ before my surgeon made it in. He gave me just enough that I could feel it but still be lucid enough to see the surgeon.

I remember the anesthesiologist had his name stitched on his lab coat with some sheep jumping a fence, an image you’d think of with ‘counting sheep’. I found it extremely clever.

They permanent markered my wrist, marking where the center of the ganglion was and the surrounding area. I was wheeled to the operating room, and the next thing I remember is waking up.

When I woke, they were taking me to my original changing room, down the elevators, and through some long hallways.

I vaguely remember the nurse waking me and I went back to sleep.

When she woke me again, she asked if I was going to wake up and I think I told her no. I was still out of it.

I remember coming home and trying to eat something but I was having a hard time swallowing it. I needed sleep.

We got a sling and an ace bandage, and we have a medical supply care package with more gauze and goodies on the way.

The VA prescribed pain medication, which, if you know me, then you know I hate taking them.

Since Tuesday, all I have done is sleep. I’ve tried to keep my arm elevated and to drink lots of fluids. 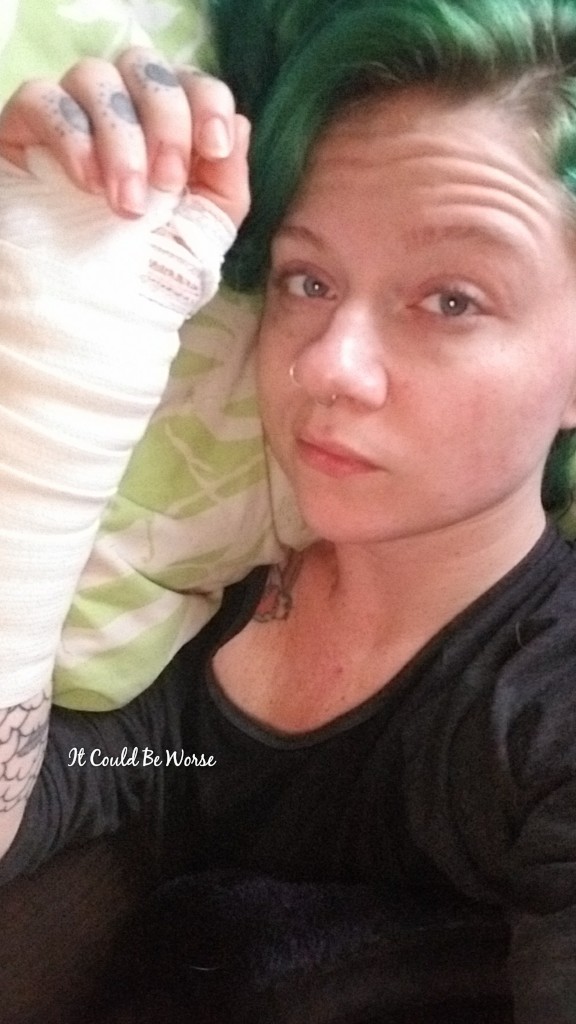 Showering has been a task in itself. I won’t be doing my hair for a few weeks, it seems.

On Wednesday I called the VA because my thumb had lost a lot of feeling and my entire left hand has been swollen with tingling sensations. If it doesn’t seem to get better by next week, they offer a clinic on Tuesday or I can visit the ER.

I was supposed to go back to work today but my hand has been so sore. 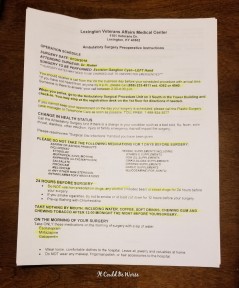 All I can do is keep you all updated. I usually post to social media daily, and another blog will come sooner than later since I am starting a new Crohn’s medication next week (the Stelara), hence why this one is posted so soon.

Til next week, for me, It Could Be Worse.

Thank you for reading, and for keeping up with My Crohn’s Journey. Please Like It Could Be Worse Blog on Facebook! 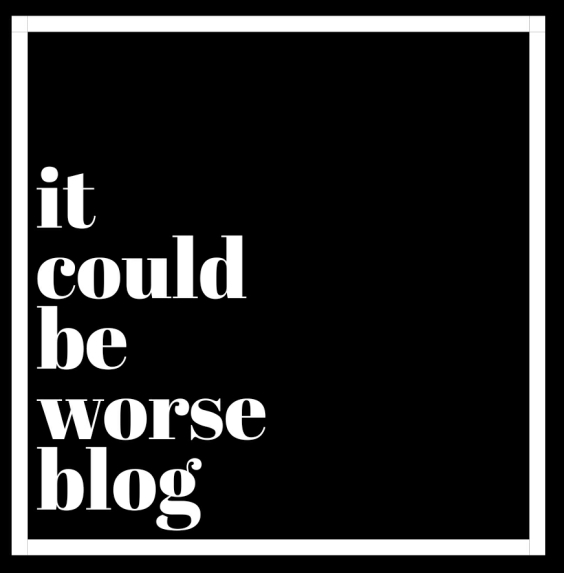 And as always, any information you’d like to offer up about infusions or any of my current struggles and/or issues, I have open ears and I’ll happily take any tips you have to offer!

For those of you who are continuing to donate to the Cure for Crohn’s and Colitis, I encourage you to donate towards my team page with CURE for IBD – where 100% of the funds WE raise will be allocated to IBD research for a cure. That’s right, 100%!!

Welcome to ‘It Could Be Worse’ – A Column by Mary Horsley

Seeing All of the Doctors

Optometry and Friday the 13th 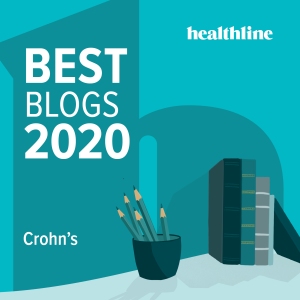 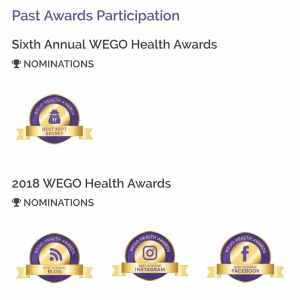